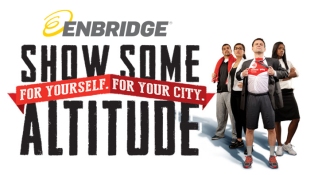 This was my 8th year participating in the Enbridge CN Tower Climb for United Way. Every year I create a team and climb on the Corporate Challenge Day Sunday. I encourage my friends and coworkers to join and I enjoy seeing and hearing about everyone’s experience, especially the first time climbers. Due to the Scotiabank Toronto Waterfront Marathon being on the same day as the Sunday Corporate climb, I changed our team climb date to Thursday. I had a team of five, and three were first time climbers.

Registration: There is no fee to register for the climb, however you had to raise a minimum of $100 for the United Way Committee. The deadline to raise the minimum was two weeks before the climb (as per email communications from United Way), but they allow you to raise funds up until the climb date.

Registration Kit: Being a part of a team, the team captain had to pick up the wristbands and chip card for the rest of the team. The CN Tower is still open to the public during the climb, therefore the wristband allows the climbers access to enter the CN Tower.

Pre-Climb: Sign in and registration was at the Metro Toronto Convention Centre. There was a free coat and bag check for your belongings. The CN Tower Climb is a hands free climb, therefore no purses, water bottles or electronic devices (phones, iPod’s, etc.) are allowed in the stairwell. Before the climb, there was an area for a warm-up as well as water and KIND snack bars were being handed out. There were tents for the various Financial Institutions and Corporations to meet up and hang out before and after the climb. Since Enbridge was a major sponsor, they had their own coat check and booth too. There was a massage area where climbers can get a massage pre or post climb. The centre area of the Convention hall was a table where you can check your time and pick up your finisher t-shirt and volunteers will write your climb time on it.

CN Tower Climb: The climb started at 7:00 pm and there was a lineup of anxious climbers. Climbers leave the Metro Toronto Convention Centre and walk through the back corridor to the CN Tower. Once you arrive at the base of the Tower, there is a lineup for security check. Security guards will search all climbers and ensure there are no bags or electronic devices and that all climbers have a wristband. After the first security check, you enter into the Tower and head to the second security check point. The second checkpoint has three machines known as a “Puffer Machine”. A puffer machine is a security device that seeks to detect explosives and illegal drugs at airports and other sensitive facilities; as per Wiki.

Once all the security check stations were completed, volunteers directed you to the stairwell where there was a table to scan your chip card before the climb. The CN Tower Climb consists of 1,776 steps or 145 floors. The stairwell is just big enough for two people, therefore slower climbers stick to the right and faster climbers pass on the left. There are Paramedics at every few floors to keep an eye on the climbers. I’ve seen the Medics give out juice boxes to those requiring sugar. During one year of my climb, I witnessed a Medic take a climber to a small doorway on the right side of the wall (they had one every few floors) and from there, you can choose to quit climbing and take the elevator back down. So the question is Yes, you can quit and take the elevator back down if you can no longer continue climbing. Although I think the Medics try to help climbers as much as possible by letting them rest and providing sugar if needed before they take you to the escape route.

Once you get to the top, climbers than scan their chip card again to stop their time. A good thing to know is that once you scan your chip card, there are about 4-5 more floors you have to climb to actually get to the Observation Deck area of the CN Tower. Climbers can go outside and stand on the Observation Deck and take in the view of the city. I have always climbed on a Sunday, so this was my first time climbing in the evening. The view of the city is breathtaking from the CN Tower at night. I wish I had a camera or phone to capture it. That’s the only bad part of the climb – the hands free.

Water/Aid Stations: There are no water stations along the climb but there are Paramedics every few floors. Water is provided before and as soon as you get to the top.

Volunteers: This event is always fully staffed with volunteers. There are lots of volunteers from when you first enter the Metro Toronto Convention Centre guiding you where to go, there were volunteers at the registration, bag check, along the corridor to the CN Tower cheering everyone on, at the base of the Tower and at the top of the Tower both cheering and providing water. There was also a big group of volunteers at the t-shirt pick up area handing out shirts and writing the times on them.

Spectators: Security issues and overcrowding in stairwells prevent spectators from spectating during the climb, but there are lots of seats at the cafe and general store area of the CN Tower to wait for the climbers.

Post-Climb: Once you get to the top of the Tower, you can go outside to the Observation Deck and hang out a bit or wait inside. There is a always a lineup to get back down via the elevators. Climbers make their way back to the Metro Toronto Convention Centre where you can check your time and receive a t-shirt with your finishing time on the back.

The CN Tower Climb has come a long way since when I first started climbing back in 2007. There were no chip cards and climbers were given a paper card that you had to get the time stamped at the beginning of the climb and then stamped again at the end of the climb. Holding onto the card during the climb makes for a sweaty card after. This card would then be given to the volunteer who would then manually calculate your climb time and record it on your t-shirt. I love the new process with the chip card and just having to scan it at the beginning and end. This also helps because your results are published right away from Chip Time Results, so you can view it on the screen after you scan your card. The time is then written down by a volunteer and you would hand in the card to another volunteer who would record it on the back of your finisher t-shirt. The only  recommendation I would make is instead of holding onto a chip card the whole climb, perhaps have the chip on the wristband as well or even have a similar process to road races and have a chip that can be attached to your shoe and a timing mat to record your start and finish time when you step over it.

*I think there may have been one year that the timing chip was a separate wristband, but I can’t be positive. If it was, I’m not sure why the process was switched from it. I vaguely remember scanning my wrist at the end of the climb.*

Would I Climb It Again: Yes! I love the CN Tower Climb and enjoy it every  year. I enjoy getting a team of both colleagues and friends to participate. I just wish that the date would change and that it would not always be on the same weekend as the Scotiabank Toronto Waterfront Marathon. It’s kinda hard to run a marathon after climbing 1,776 flights of stairs. I managed to do both this year only because I did the half marathon instead.

BRAG: I did the climb with a dislocated shoulder and had my sling on!! It wasn’t my fastest climb time (PB 19:12), but I think it’s still a pretty good time and within my goal of 30 minutes! 🙂

My Life Through Photographs 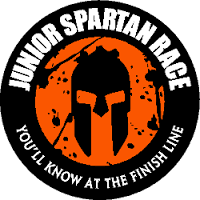